You may recall that a couple of weeks ago I was a guest on Herne Bay’s Radio Cabin. I was in the studio to talk about my latest book ‘More Eighties’ on the Thursday evening Fishy & Chippy Show. When we came off air, it was suggested that I host a weekly 80’s show for the

station, and I am delighted to announce that from Thursday 8th June I will be doing exactly that.

Following hot on the heels of my DJ pals Fishy & Chippy, the My 80s Radio Show will go out every Thursday from 9pm to 11pm. Those in the Herne Bay area can tune in old school style on 94.6 FM, whereas those further afield can listen online via the Radio Cabin website.

I am currently working on the playlist for the first show, and requests can be sent to me in a number of ways. Contact me via the station’s email: studio@radiocabin.co.uk, Facebook and Twitter pages or through my own Twitter account: @MyEighties using the hashtag #My80s. I have also set up a Facebook page for the show @My80sRadioShow, so come and give us a ‘like’ and a track request.

There are no request rules other than songs must be from the Eighties but, even then, if it can be tenuously linked to the decade, a particularly good tune could still get on the show. Yes, that may well be my way of ensuring some of my favourite releases from The Jam and The Specials get played!

Without giving too much away, the show will include a couple of special request features, and there are also interviews planned with some lovely 80’s artists who have agreed to have a chat with me. During the show, I will be on social media so listen in, let me know what you think and let’s have some proper 80’s fun. Roll on 8th June!

It’s funny isn’t it, how hearing a certain song can take you back to a time and place in a way almost nothing else can? Every time I hear Chris De Burgh’s ‘Lady in Red’ (deeply uncool I know), I’m reminded of my first ever slow dance. Yes, that magical night when Justin finally asked me to dance! I can’t remember his surname now but, whatever it was, I’d spent at least a term writing Mrs Justin …… all over my text books at school – extra uncool points, but that’s just the type of girl I was.  I was a bit of a late starter and, if you want the real story, even this turned out to be a false start. Justin almost immediately danced with one of my friends who also liked him. Turned out he wasn’t interested in either of us, but just wanted to be…

It has been quite a week, with the publication of More 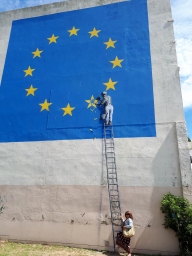 Eighties on Tuesday, a radio interview on Thursday, a gig on Friday, and throughout all of that trying to learn the art of vlogging – no mean feat for a Luddite whose technical prowess peaked at the vertically split black and white TV screen, when adjusting the tracking on our Betamax video recorder!

As I mentioned in my last post, I marked the new book’s launch with a celebratory lunch with some fabulous friends. While we were in Dover, I visited Banksy’s latest offering and could not resist a little step up the ladder. I also recorded one of my vlogs there, which you can see below, along with the one I recorded at the gig featuring Jona Lewie and The Blockheads. All my vlog posts are available via my  YouTube channel or my website, which also includes the link to the recording of my radio interview. Enjoy …

Tomorrow sees the launch of the third and final book in my trilogy on 80’s popular culture, More Eighties. Available in paperback or kindle version, the book ex 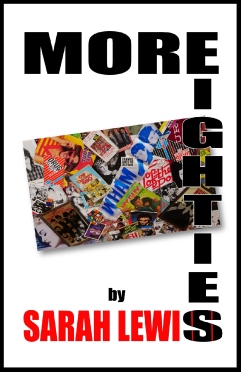 plores how the decade provided a backdrop against which creativity and individuality flourished, the social and political factors which shaped the music of a generation, the changing role and influence of record companies, and why the era remains a golden age for so many of us.

Reflecting the diversity of the UK charts during that time, More Eighties offers recollections, insights and observations from those at the forefront of British music during the most exciting, transitional period in its history, and features interviews with David Ball (Soft Cell), Martyn Ware (Heaven 17), Dave Wakeling (The Beat), Pauline Black (The Selecter), Eddi Reader (Fairground Attraction) Rusty Egan (Visage), Jona Lewie, Suzi Quatro, Junior Giscombe, Ian Donaldson (H2O), Karel Fialka, Andy Kyriacou (Modern Romance) and Nathan Moore (Brother Beyond), along with a foreword and commentary by Peter Coyle, former lead singer of the Lotus Eaters, songwriter, and the man responsible for introducing karaoke to the city of Liverpool, completing the eclectic mix. Having recently received and read his copy, Peter remarked that More Eighties “is a gem of a book”. I hope you will think so too.

To mark the book’s release, I will be having a celebratory ‘launch lunch’ tomorrow with friends, whose support has been invaluable during the writing of More Eighties, followed by more radio interviews later in the week. Details and photos to follow on social media. 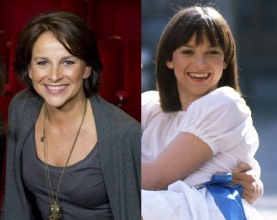 t week’s glimpse back at 80’s Eurovision with Johnny Logan, I was delighted to chat recently with Sally-Ann Triplett. Hugely popular amongst listeners of Absolute 80’s Forgotten 80s’ radio show, for her role as the female half of Eurovision duo Bardo, Sally-Ann first entered the contest in 1980 as a member of the group Prima Donna. I knew that her double appearance in the Eurovision Song Contest made her the perfect interviewee for a Eurovision feature in this year’s 80’s annual. However, until we spoke, I was unaware of the fabulous tales she had to tell about my favourite decade and some of its most famous faces.

Currently living in New York, the former pop songstress was walking through Central Park as she told me how she went from panto to Eurovision to the West End and Broadway. Those recollections are wonderfully entertaining, but then Sally-Ann went one step further (see what I did there??) and spoke about hanging out with Limahl, lending a helping hand to Samantha Fox, and snogging Sting. The fact that she also loves the Eighties as much as I do meant our interview was every bit as fun as you would expect from someone whose hip-wiggling, high-kicking dance routines were copied by a generation of forty-somethings.

Although you will have to wait until November, when The 80’s Annual, vol. II is published, to read Sally-Ann’s interview, you can see our 1982 Eurovision favourite in action in the video below. Just be careful you don’t pull something trying to copy the routine!

While the media is bursting at the seams with coverage of the imminent local and general elections, it is important we do not forget about a much more entertaining evening of voting which takes place in under two weeks’ time. I am, of course, referring to the Eurovision Song Contest which will take place later this month on 13th May.  Who better to comment on the forthcoming popfest than Mr Eurovision himself, Johnny Logan? Having twice won the contest for Ireland during the Eighties with ‘What’s Another Year’ in 1980 and the self-penned ‘Hold Me Now’ in 1987, the singer/songwriter went on to write the 1992 winning entry ‘Why Me’, sung by Linda Martin. It is no wonder he jokingly told me “Someone once asked me what it was like to win the Eurovision. I said ‘I don’t know, I’ve never lost one!’” 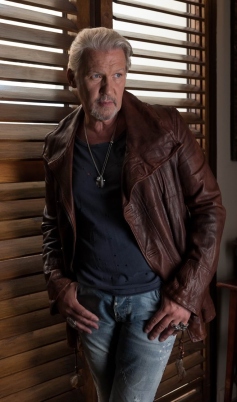 My memories of Eurovision are predominantly of the Eighties, when what seemed like a golden age of songs and fun dominated. It feels like a far cry from today’s predictably political scoring and uninspiring entries.

“It’s still great fun to watch if people can look at it for the fun of it,” answers Johnny “and just vote for the countries you like, but even the songs that are written are no longer written by people from their own countries. I think the Irish entry this year is written by a Swedish guy. It’s just a group of songwriters who get together and write songs for all over Europe. There was a time when you had to have a song written from your own country, and couldn’t release it before the contest. It wouldn’t really be heard before the contest, it wouldn’t be played before the contest. Now, all that’s gone.”

I suggest that it is part of a bigger picture in which we are very much part of a ‘fast food’ culture, where no one is prepared to wait for anything.

Choosing what he wanted was something Johnny was able to do when putting together ‘It Is What It Is’, his forthcoming album, which is out on 5th May.

“I think, what I’ve had the chance to do with this album is, what I’ve discovered over the years, is the music I really enjoy playing for my audience. The stuff that’s fun to play and I can have fun with the audience, and I can actually express myself.”

That expression is not limited to his choice of tracks but also how the album will be made available, reflecting Johnny’s opinion of the current state of the music business, an industry which has strangled artists’ ability to make a living through recording music.  It “really needs people like me and people with a career in the industry to fight and try to get some of the music industry back for the artist,” he says. “When I did this album, I funded it myself and I’m releasing it now through Universal. They will distribute it but I will have my own record label [Shake It Easy] and it will not be streamed. You will have to buy the album in its entirety from Amazon or my website johnnylogan.com. There will be a web shop open on the 5th [May].  I’m going to make a limited edition of vinyl, but just need to discuss with the pressing plant the best way of doing this. First of all, I wanted to set my record label up and make sure it was ready on the 5th for all the fans in Scandinavia and Germany, and all over Europe. I want the same option to be available in England and Ireland as well because it’s been so long since I had music out there. It would be nice to have it out and if anyone wants to buy it, that’s great.”

I am sure those of us who remember his Eurovision successes will be only too eager to purchase Johnny Logan’s latest tracks. As the man says: “It’s probably the best thing I’ve ever done, to be honest, and I’m really very, very proud of it. It is what it is.”

Read more on Johnny’s thoughts and memories of Eurovision and the Eighties in The 80’s Annual, vol. II, to be released later this year.