My Nan would always tell me that “you’re judged by the company you keep”. If that is the case, I’m quite happy for you to don your wig and gown. Having joined New Haven Publishing this week, for a two book deal, I am in very good company.

Specialising in music and entertainment industry publications, New Haven, boasts Ginger Coyote’s “The Best of Punk Globe Magazine”, Greg Healey’s “Decade of Discontent, The 1970s – Now And Then” and Nick Welsh’s “The Life & Times of A Ska Man” amongst its titles. My fellow authors also include actor Gary Shail (who may be best known for his role in Quadrophenia, but will always be Steve from Metal Mickey to me!) and ‘Punk Poet’ and ex-Stone Roses manager, Garry Johnson. In addition to his memoir, “Punk Rock Stories And Tabloid Tales”, Garry has also collaborated with Swedish singer/songwriter Sören ‘Sulo’ Karlsson, on a CD of the same name. Due for release on 26th February, the album showcases both talents, with Sulo’s distinct 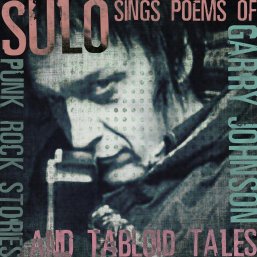 ive vocals delivering Garry’s lyrical poetry. I have been fortunate enough to have a sneak preview of a couple of the tracks. The beautifully regretful “The One That Got Away” was all it took before I found myself pre-ordering the CD.

At the helm of New Haven Publishing is Norwegian born Teddie Dahlin. An author and music journalist, Teddie was the interpreter for The Sex Pistols when their 1977 tour reached Norway. Her first book, “A Vicious Love Story: Remembering The Real Sid Vicious” is an account of that time. With an aim to “strive to grow steadily, making our name  synonymous with good quality reading”, Teddie leads by example, one which I will enjoy following when writing my next two books on Eighties’ pop culture. After all, I don’t want to be Bad Company – that’s so Seventies!