One of the things I looked forward to at primary school was when the latest Chip Book Club magazine was given out. I loved browsing through the pages, seeing the latest titles on offer, then eagerly awaiting the arrival of my book of choice. Although the Puffin book club brought me delights such as Meg’s Eggs, Fantastic Mr. Fox, The Owl Who Was Afraid of The Dark, and Mrs Pepperpot’s Outing, it was the offerings from Chip which I preferred. None more so than the Chip Club Diary.

A few weeks ago, I found my diaries from 1980 and 1981. Although I hadn’t written much in them on a daily basis, I had completed the information pages in the front of the books, which I thought I’d share with you. Remember, I was only 9 years old in 1980! 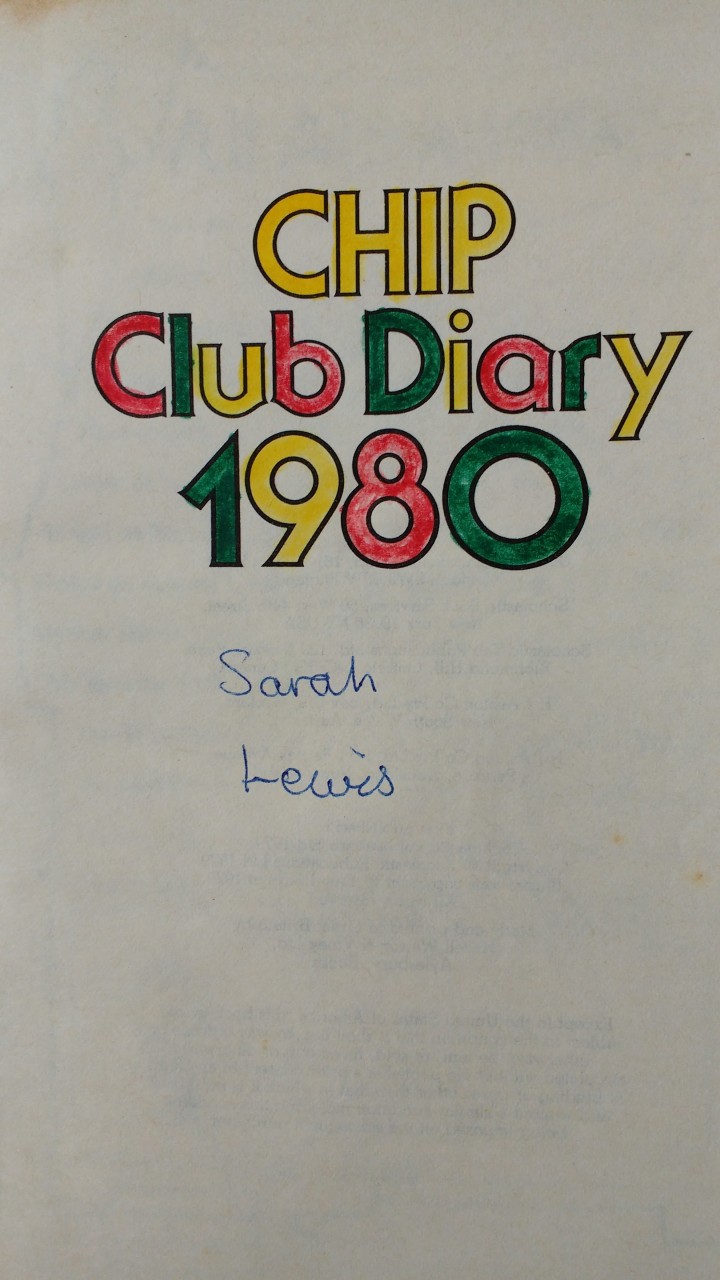 As much as I would like to believe that I’ve evolved since I was in single figures, gypsy tart is still one of my favourite foods, I still support Liverpool (although I’m no longer confused by having blue and white as my favourite colours), and my favourite animal is still a cat. I’d probably still have a chuckle at The Benny Hill Show too if I’m honest!

My tastes had not really changed much the following year, although Elvis had replaced John Travolta as my favourite film star. I think that may have been due to his films being played throughout the summer holidays. Also, Mum is a huge fan of The King so my sub-conscience was probably being influenced by overexposure to his music.

One of the entries I find interesting is my favourite film. Cactus Jack was a short film starring Kirk Douglas as a cowboy. In the days when going to the pictures involved seeing such a film before the main screening, I had watched it on a family trip to the cinema. I can’t remember what main film we had gone to see, but this spoof Western remains firmly ingrained in my memory.

The 1981 Chip Club Diary contained an additional section I had completed. Now, although my shoe size hasn’t changed since I was 10 years old, I think I may have a modicum of modesty more than I did at that age (see Special Features and Good Points/Bad Points).

I think my artistic talents may have developed a tad more too!