For the past eleven weeks, I have been broadcasting My 80s  Radio Show on Thursday nights between 9 and 11pm on Radio Cabin. I will continue to 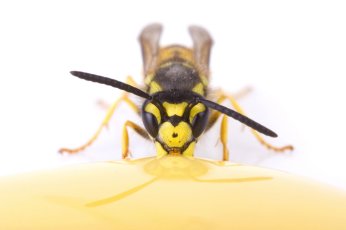 do so for the next fortnight and then the show is moving to Mad Wasp Radio, where I shall be rubbing headphones with the likes of Steve Blacknell and Garry Bushell.

The show will retain its Thursday evening time slot, as well as regular features Monster Mash Up, Back On Track and Word Up. I also have an array of special guests lined up to choose their Favourite Five 80’s tracks, I will continue to tweet throughout the show on #My80s, and all shows will be uploaded to Mixcloud once they have aired. The only real difference is where you will listen to the show, i.e. the station with a sting in its tail!

Mad Wasp Radio officially launches on 8th September, and the first My 80s will air on Thursday 14th September at 9pm. My final show for Radio Cabin goes out on Thursday 31st August, and will be a farewell to the station party, so get those requests for cheesy, fun tunes coming in. Email me: my80s@radiocabin.co.uk, post on the show’s Facebook page or tweet me @MyEighties using #My80s. You can also use Facebook and Twitter to send me your requests for the show’s launch on Mad Wasp. It’s going to be buzzing!

It is almost three months since the cover of The 80’s Annual was revealed, and since then there has been a steady build up to its release on 1st November. The last week or so has flown past as I have juggled existing writing commitments with press and radio interviews to promote the annual. Having finally adjusted to being the interviewee rather than the interviewer, I look forward to the forthcoming interviews I have lined up, including those with BBC Radio London and Nub TV. Now however, my focus is solely on the annual’s launch tomorrow, when the ideas, research and passion for my favourite decade become a tangible reality out for public consumption. 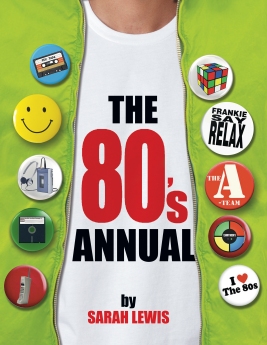 A mixture of excitement and nerves, I eagerly await the feedback on what has been both the most fun and the most time-consuming publication I have written to date. It would not have been possible without the contributions and help of all those who feature in the annual’s list of acknowledgements, and I would like to take this opportunity to say a big ‘Thank You’ to each and every one of you.

Available from Amazon and Waterstones, The 80’s Annual is “a collection of features, photos and fun for the adult child of the Eighties. Anyone who remembers the excitement of receiving an annual as a Christmas present, will enjoy the nostalgic familiarity of The 80’s Annual, as well as uncovering new discoveries about some of their favourite faces of the decade.”

Here are some comments from those who have had a preview of the annual:

“What would we do without our ‘cultural’ magazines? Every generation needs them.  This 80’s annual really does the job of capturing the essence of the era.”  Suzi Quatro

“It gives a fantastic sense of nostalgia … evocative of a bygone age, with a great love of that.” Jona Lewie

“J.R. Ewing, Del Boy, Iron Maiden, The Specials, MTV, Walkmans, Pac-Man, Cheers, home computers, Blade Runner, E.T., The Terminator, Die Hard, the fall of The Wall … what’s not to love about the 1980s? The decade shouldn’t just be celebrated, it should be preserved in aspic. Just don’t mention the Care Bears. Happy to have my pick of TV shows included in The 80’s Annual.” Garry Bushell

I look forward to receiving your feedback too, and don’t forget to tweet or send me your photos of you with your copy of The 80’s Annual.

After months of researching and writing, today I can finally reveal the project on which I have been working. The 80’s Annual is a fun mix of everything we loved back in the day, combined with news and views from 80’s artists on 2016 and beyond. As a huge fan of the decade, I have endeavoured to put together something I would want to read, so I’m hoping it will appeal to all you 80’s fans too.

her’s blurb to tell you a bit more about it:

A full-colour retrospective of the year, with more than a nod to the teenage magazines of the era, The 80’s Annual embodies the excitement felt by the generation who grew up receiving an annual at Christmas. Featuring celebrity commentary on 80’s popular culture, 20 Question interviews, Top Tens, with contributions from Bruce Foxton, The Selecter, Johnny Hates Jazz, Musical Youth, Londonbeat, Then Jerico, Phil Fearon, Brother Beyond, Modern Romance, John Parr, Paul Hardcastle, Hazell Dean, Steve Blacknell, Garry Bushell, Matthew Rudd and more. Not forgetting the obligatory cheesy photo story, 80’s fiction, crosswords, puzzles, and quizzes including Lyrically Challenged, Pop Quiz and Which 80’s Group Are You? The 80’s Annual offers the perfect combination of nostalgia and new. A great read for every adult 80’s child. Going back to the 80s has never been so much fun!

The 80’s Annual will be published by New Haven Publishing on 1st November, and is currently available for pre-order from Waterstones.