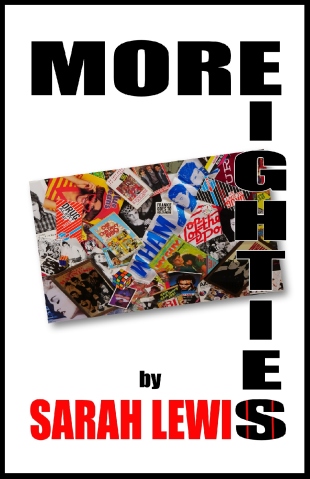 Following requests from some of the My 80s listeners, the lovely people at Mad Wasp Radio have decided to trial moving the show’s main slot to Sunday evening 7-9pm, starting on 17th December. My 80s will then be repeated the following Tuesday (11am – 1pm), Thursday (9-11pm) and Saturday (1-3pm), and uploaded to Mixcloud the next Sunday before that week’s show airs.

The shows which fall between the final repeat and the new main slot (14th & 16th December) will feature re-runs of some of the earlier My 80s shows. Below are the main show and repeat dates for the rest of 2017. I hope you will join me for some of them.

I have been fortunate to have some very talented musicians appear on the My 80s show, choosing their Favourite Five 80’s tracks. This week I can add an exceptionally talented artist to that list, because my special guest on this Thursday’s show is David ‘Gnasher’ Nash. Below are just a few examples of his work, more of which an be viewed on Gnasher’s website. 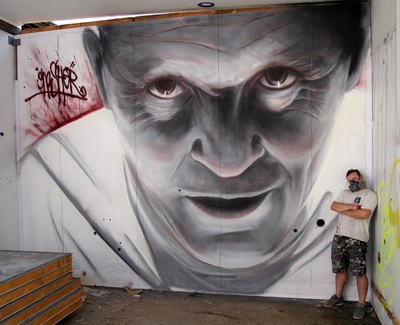 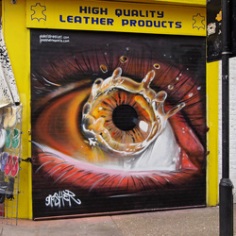 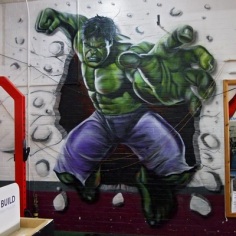 Illustrating how music and art can be mutually influential, Gnasher’s Favourite Five choices reflect not only his musical tastes but also the effect music has had upon him as an artist. Listen from 9pm this Thursday on Mad Wasp Radio.

Back in August, I interviewed Nik Kershaw for The 80s Annual Vol. II, which will be published next month. After our interview, he agreed to be a guest on the My 80s radio show, choosing his Favourite Five 80’s songs. We weren’t quite sure when that would be, as Nik had a busy couple of months ahead of him. However, I caught up with him towards the end of his tour, and we recorded Nik chatting about his Favourite Five ahead of his gig in Margate, at the beginning of October.

The interview will air on this Thursday’s My 80s 9-11pm on Mad Wasp Radio. It’s a good one, so be sure to tune in!

Backstage with Nik Kershaw at The Royal Theatre, Margate

Things really have been buzzing on Mad Wasp Radio, and this week’s special guest on the My 80s radio show, choosing his Favourite Five 80’s tracks, is Blue Zoo’s Andy O. Listen from 9pm this Thursday to hear Andy’s choices plus the latest release from the band.

The show will also be repeated on Saturday 1-3pm and Sunday 7-9pm, and available on Mixcloud after its first broadcast.

I have never made any secret of the fact that my all time favourite song of the entire Eighties is The Kane Gang’s “Closest Thing To Heaven”. So, you can imagine how delighted I was when former band member, David Brewis, agreed to appear on this week’s My 80s radio show. Tune in from 9pm this Thursday (14th Sept) to hear the multi-instrumentalist choose his Favourite Five 80’s tracks and talk about his new album Autoleisureland. I will also be playing a track from the album, but if you can’t wait until then you can order your copy from autoleisureland.com.

Johnny may well hate jazz but lead singer Clark Datchler showed he loves My 80s when he chose his Favourite Five 80’s songs for the show. Listen to Radio Cabin this Thursday from 9pm to hear my interview with the singer/song writer, as well as the fabulous songs he has picked. 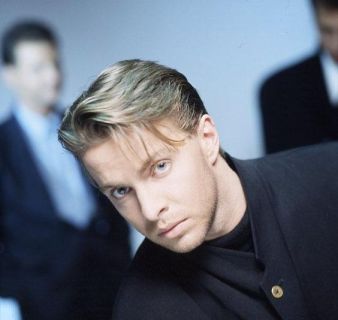 Today, I am putting together this Thursday’s My 80s show, and it looks set to be a belter! My special guest this week is Leee John, who will be putting a little twist on

our Favourite Five feature. Regular listeners will know that guests usually choose their Favourite Five 80’s tracks, but Leee will be picking his five all-time favourite songs and talking about how they influenced him as an artist.

He has picked some great tracks, and I found it fascinating how elements of those songs helped to shape not only the music of Imagination, but also Leee’s vocal style.

I will also be playing Leee’s latest single “Do It Right Now”, as well as lots of the fantastic requests everyone has been sending me, including those for our Make It Big and Back On Track feature. There are also a couple of fun changes coming soon to the show, which I will announce on Thursday evening, so be sure to listen to Radio Cabin from 9pm. I’ll see you there …

Some voices are so distinctive you know who is singing the second they hit that first note. Former H2O frontman, Ian Donaldson, has one of the most beautifully recognisable voices of the Eighties and, I am pleased to say, he is my special guest on tonight’s My 80s Radio Show. Listen to Radio Cabin from 9pm this evening to hear him choose his Favourite Five tracks from the decade, and talk about his current musical ventures.

Listeners to last night’s My 80s Radio Show will have noticed the technical hitch we experienced in the second half of the show, when the first hour was repeated instead of the second hour being aired. Having spoken to the powers that be, I am delighted to announce that the show will be aired again tomorrow (Saturday 8th July) between 6-8pm on Radio Cabin.

Not only that, but this will be the case for all future My 80s shows. So, we will continue to broadcast My 80s on Thursday evenings between 9-11pm, and then that show will be repeated on Saturday 6-8pm. In addition, all shows are uploaded to Mixcloud for you to listen to at your leisure, so there really is no escaping me! 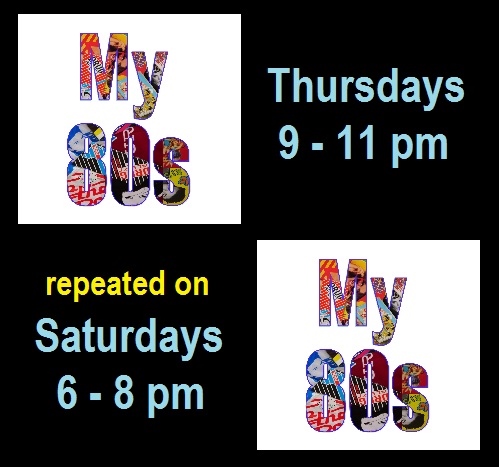 My Eighties
Create a free website or blog at WordPress.com.