Last Saturday I was invited to join Modern Romance as they performed as the house band at BBC Radio Kent. We all had a fantastic time as the band played their hits from the Eighties as well as new material, such as ‘Seven Days’. My vlog on my YouTube channel shows a little of what went on that morning.

Once the band had finished playing, I caught up with lead singer Andy Kyriacou for a chat about his Favourite Five 80s songs. Tune in to Radio Cabin tonight from 9pm to hear the interview we recorded, as well as some rather fabulous music from the decade.

To make a request to be played during the show, which airs every Thursday 9-11pm, tweet me @MyEighties using #My80s, post on the show’s Facebook page @My80sRadioShow or send me an email: my80s@radiocabin.co.uk . I look forward to playing your songs! 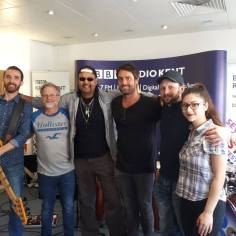 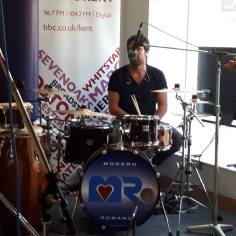